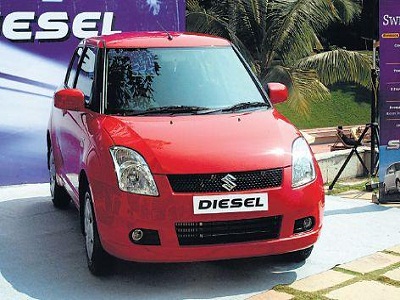 Maruti Alto 800, the entry level vehicle has grabbed the highest rank in the entry compact segment for initial quality. When it comes to the compact segment, its rival Hyundai i10 has secured the top position, reveals a latest study.

As noted above, it is the Hyundai i10 that ranks the highest in the compact segment with 80 problems per 100 vehicles and the firm’s Xcent in the entry mid-size segment with 86 problems per 100. Apart from these, Honda Brio secures the highest rank in the upper compact segment and Ford Ecosport achieves the same in the SUV segment. In the mid-size segment and MUV/ MPV segment, Skoda Rapid and Toyota Innova grab the highest ranking respectively.

The IQS (2014 Indian Initial Quality Study is based on the evaluations from 8,429 vehicle owners who have purchased new vehicles in the time period between November 2013 and July 2014. For this study, the research firm has included around 73 models from 17 different car makers and it was fielded from May 2014 to September 2014 in around 30 cities across the country.

The firm has summarized all the problems as number of problems per 100 vehicles (PP100) and the lower PP100 scores will indicate lower rate of issues and higher initial quality. The study considers parameters such as engine and transmission, vehicle exterior, HVAC, driving experience, features, controls and displays, seats, vehicle interior and audio, entertainment and navigation.

As perMohit Arora,SingaporeExecutive Director of JD Power Asia Pacific, the industry has made vital strides to enhance the quality of diesel vehicles. He also claimed that besides this being a reason for the reduced number of issues with the diesel vehicles, the other reason is the development of public transit and the increase in carpooling. Eventually, the owners drive their vehicles for fewer kilometers and face reduced issues.