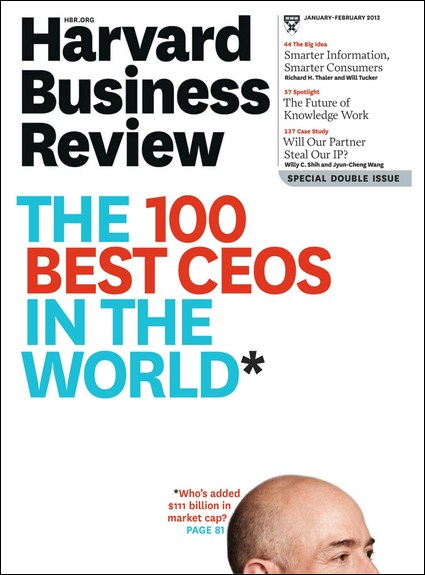 Dec 31, 2012: Harvard Business Review has come out with its list of 100 global chief executives. Among the Indian’s in top 20 are Y.C. Deveshwar of ITC and Late Subir Raha of ONGC. Name of Deveshwar is 7th in the list and of Subir Rana is 13th. The other Indians in the list which has Late Steve Jobs of Apple topping the list are, Mukesh Ambani (Reliance, Ranked 28th), AM Naik (L&T, Ranked 32nd), AK Puri (BHEL, Ranked 38th), Sunil Mittal (Bharti, Ranked 65th), Naveen Jindal (Jindal Steel, Ranked 87th) and VS Jain (SAIL, Ranked 89th).

Passionate In Marketing - April 10, 2013
0
What happens to a brand when it continues with a tainted brand ambassador? Does it loose its sheen? Will the image of the brand...

From conventional advertising to conversational marketing