There is now a major player in the market who takes away the Rs. 200 crore profits in the industry and that is Red Bull. This gives scope for many new players to enter this segment of market and make their mark. The amount of allowed caffeine levels in these drinks also entices many players.

Right from small companies at the regional level to big companies like Raymonds are fighting with each other to occupy a significant place in the energy drinks category and all these brands are rolling out products targeting the youth.  Some of the entrants say that they will take the Red Bull by its horns and they will fight to become the major player in the category. These new entrants claim their drinks to be healthy and that it contains only half the amount of caffeine that is present in the Red Bull energy drink.

These energy drinks priced a notch lower than Red Bull at Rs. 90 for 250 ml while Red Bull is priced at Rs. 95 for 250 ml.  Greenways Foods and Beverages, a Pune-based company is making its re-entry into the market with its brand ‘I can’. The company feels that there is always room for a second and third player in the market. It is also important to note that there are a number of companies who had failed to make their presence after investing heavily in the market.

Brands like XXX and Cloud Nine invested heavily in advertisements and tied up with IPL to gain popularity and everything went in vain for the companies. Another company Amway also withdrew from the segment after the launch of its brand XL four years ago.  Energy drinks were not so established in the market earlier and people confused it for carbonated drinks. This made them not to pay a premium for energy drinks.  Certain companies are now in a stint to introduce energy drinks with herbs and the companies can only wait and watch to see if it will work out for them. 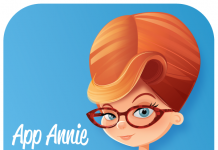 Passionate In Marketing - May 25, 2016
1
Volvo Car Corp, the Swedish car manufacturer is looking forward to step up its play in the country’s luxury car market with the announcement...