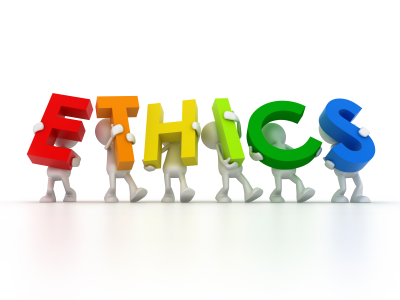 When we talk about ethics and marketing, the two famous watchwords that comes to mind is the Cola Wars* & Colgate case+.

Now it’s a decade since it was present in case studies, but still holds relevance

Time and again the topic comes under review, but is it relevant in today’s world?

We have come a long way from monopolistic market where we had to go to a shop and patiently bear with the whims and fancies of the shop keeper, to the liberalization age of 90s when consumers were exposed to multiple choices to the new age social marketing where consumer plays an important role in each phase of marketing of a product.

Ethics does not pertain to advertisements alone. The outcome of outsourcing has led to positives, where in it has led to employment opportunities to many.

I still remember the presence of colorful local soft drinks. Then came Pepsi & Coca cola which had the backing of heavy advertising budget; the introductory price was so less that the local drink manufacturers could not match the competition & had to either close down or get acquired.

The advent of cable TV in the 90s gave marketers a new medium to showcase their products straight to the consumer’s living room. Consumers loved the choice presented to them. It was all different. And that too their dream stars endorsed these products. A smart move by the marketers; additional income stream (later an important share of their income) for the stars (film stars/sports personalities/and later reality show stars); everything was going fine till Company A warred directly about Company B and vice versa. The creative war let the consumers confused.

Liberalization opened the market, consumers became more informed – a deck of choice was in front of them. They had to spend more; luxury became necessity. To facilitate giving more arms to the spending power, a new product was popularized – plastic money – credit cards.

Outsourcing to agencies the most important part of marketing – sales became the norm of the day. DSA (Direct Sales Agencies) pounced on consumer with products ranging from water filter to clothes. Shop at the convenience of your living room – Door to Door Sales & later Tele shopping/Home Shopping and with the advent of internet – eCommerce.

Cards and Financial products thus introduced were pumped through countless agencies working based on targets. These agencies compelled/forced customers to fill application forms and share copies of important documents (Bank Statement, copy of Pan Card/License etc). This made the consumer dream about their new spending power. The Sales Agent happy, for his target is achieved, and passed on the form to the Bank’s processing department. Later some of the consumers were disappointed because they were not eligible for the card. Consumer became a toy in the hands of the smart marketer.

Right from time of yore, human beings give way to temptation. The advent of plastic money and choice in front of the customer led to impulse buying, mostly unplanned shopping. Choice led to confusions and compulsions!

Telemarketing spread its wings with the advent of mobile phones. Initially a luxury, mobile phone become a necessity. Smart marketers provided more choice to mobile users in terms of plans and additional SIM cards. Convenience, compulsion & Confusion. No proper management system to monitor the communication of agencies and consumers. Multiple agencies – collection/processing and so on call customers most of the time asking the same question. Customer gets frustrated.

Sales and support service are two sides of a coin, both important for a product/service to be successful. But mostly companies focus more on sales than support service often leading to irate customers.

As stated earlier parting away important documents for plastic money application to mobile phone and now social networking, consumer’s behavior and details is open in the play ground for marketers to sort and utilize.

Privacy clause states data collected is not sold; the other day I received a call from a service provider. I was more anxious to know how they got my number. The agent was honest enough to reveal the networking site from which they got my details. I questioned about the privacy clause, to which she said ‘sir as per their record you are inactive for six months, & hence we got your information’!!!

[message_box title=”About the Author” color=”red”] Eswar, founder e-Gardener, EzeeSolve believes ‘Why Complicate when there is a easy solution round the corner’. He likes to see beauty in everything and enjoy each passing moment; after all life is short and finite. He feels deeply for the cause ‘Care for the Aged’. You can learn more about Eswar on http://about.me/eswar. Views expressed here are purely personal.[/message_box] 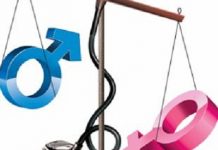 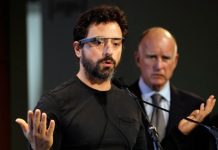 Is the Google Glass becoming too fragile?

Passionate In Marketing - April 23, 2015
0
The all time favorite dessert loved by everyone, ice-cream has made a drastic comeback as a global trend. Now, it is not limited only...

Chinese handset maker Xiaomi to make its debut in India through...

Eveready releases new ‘Give me Red’ campaign with Akshay Kumar