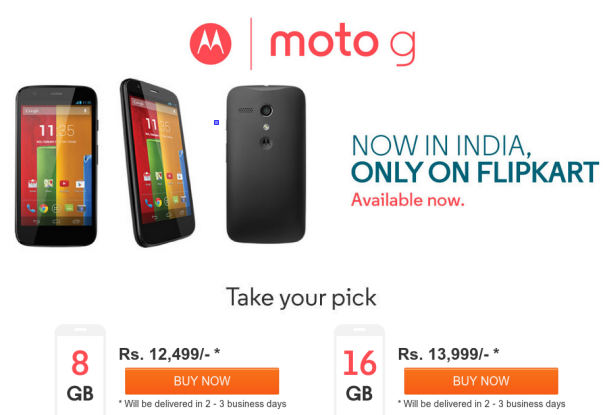 July 18, 2014: As the sales of smartphones in India gathers pace more and more mobile handset manufacturers are forging exclusive partnership with online retailers. This has gathered pace with the phenomenal success of Motorola which sold million-plus smartphone handsets in the five months since it started selling in India again. The highlight of this success is that Motorola has an exclusive distribution network with one of the India’s most successful e-commerce portal Flipkart.

Magnus Ahlqvist, corporate VP, Motorola Mobility, who termed the company’s performance as phenomenal was quoted as saying, “It proves that the business model that we chose was a really strong one. I don’t think we have achieved anything similar elsewhere.” He added that the company had no plans of taking the offline retail route in the foreseeable future and would continue to strengthen its partnership with Flipkart with more product launches.

With the success of Motorola-Flipkart tie up more manufacturers are looking for exclusive online partnerships with e-commerce players. Xiaomi, one of the leading mobile internet companies in China, announced its foray into India through an exclusive partnership with Flipkart. The company would be selling and delivering its flagship Mi smartphones through Flipkart. Recently budget handset maker Celkon Impex launched its Campus A35K smartphone in India in an exclusive partnership with online marketplace Snapdeal.com. Samsung also partnered with Amazon exclusively to sell the latter’s newly launched Samsung Galaxy K zoom smartphone.

The success of this new found likeness for online route for distribution by the companies is attributed to Indian consumers adapting to the online market and the consumers are able to get past the touch-and-feel barrier. The consumers have started enjoying the speed and convenience of shopping from home or office and smartphones have played a very important part in the success of this.