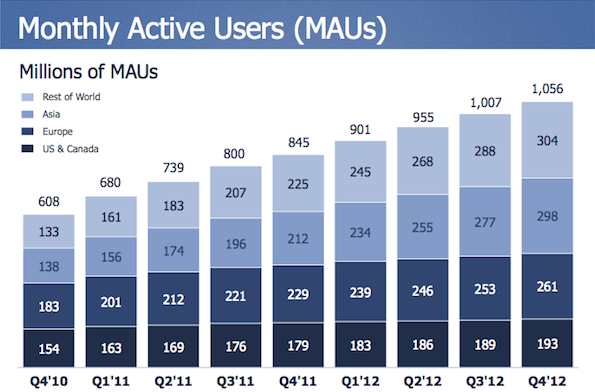 Feb 11, 2013: Facebook has recently announced a statistics which says that it has 1.06 billion monthly active users across the world. The number of monthly active users in India stands at 71 million. Though Facebook has been able to aggressively grow at a rate of 25% when compared to 2011, a challenge which it has been facing is regarding duplicate accounts and misclassified and undesirable accounts. Facebook in a statement has said that it has got 50 million duplicate accounts and 22 million misclassified accounts. There are many accounts which are undesirable as well.

According to Facebook there are users who have created false accounts and these accounts are in violation of the service agreement of the social networking site. Users have created profiles to promote their business or organisations and are also used for spamming. The social networking site believes that the number of duplicate accounts is less in developed countries and more in developing countries. The company is constantly trying to identify these types of accounts and take strict action against the users.

Passionate In Marketing - August 1, 2020
0
Kurkure Kurkure is a well-known brand famous for its corn puffs. Kurkure is produced and supplied by PepsiCo. This crunchy snack...