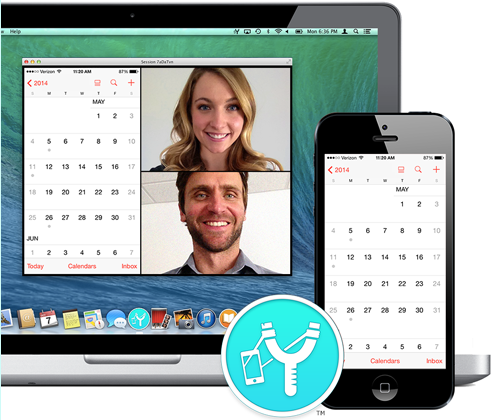 June 19, 2014: After making a failed attempt to buy out Snapchat for USD 3 billion, Facebook recently launched an ephemeral mobile message app called Slingshot. This new messaging app that let people send self destructing messages to friends will available only to US users initially. Slingshot works with both Apple and Android devices and a Facebook account is not required to use it. Facebook had earlier goofed up the release of Slingshot by accidentally releasing it last week in Apple’s App Store only to remove it later.

Slingshot users after downloading the app can sign up with a Facebook account or mobile phone number and contacts can be added from the friends list of Facebook or contacts stored in mobile phone. Once the app is downloaded the user can open the app and it takes to its camera. The camera has a shoot button and a selfie button. Once the snap is taken the users can type a message upto 140 characters or draw a picture. The user can then send it to their Slingshot contacts. The highlight of this app is that once the picture is taken through this app and it send to a contact the message disappears. The message self destructs once the receiver flicks it off to the side.

Slingshot though faces a stiff competition from Snapchat where the message disappears faster, Facebook believes that its Creative Labs would be able to give more edge to the app and thwart the competition.