Government of India recently, has permitted foreign retailers to open stores and to carry-out trade in India. The government has permitted 51 per cent FDI in the multi-brand retail sector and 100 percent in single brand sector. The move towards allowing FDI in the multi-brand retail sector is strongly opposed by small scale retailers as they claim that the move will have a negative impact on their sales. Finance Minister P. Chidambaram is opposed to this and says that permitting foreign retailers to open stores in the country will not affect small players in India.

Another benefit of foreign retailers in India is that, it can attribute to the growth of Indian exports. Improving exports is actually a boon to small manufacturers. Quality improvement, acceptance of best global practices and greater FDI inflows are the other benefits extended due to this policy.

At present, eleven States and UTs comprising Andhra Pradesh, Assam, Delhi, Haryana, Jammu and Kashmir, Maharashtra, Manipur, Rajasthan, Uttarakhand and Daman and Diu has agreed to permit foreign retaining in the country. This may definitely foster the exports of the country may help in the growth of small retailers too. 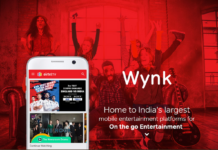