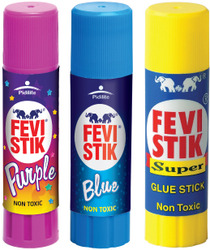 Jan 1, 2013: Have you seen the new ad of Fevistik featuring Salman Khan. Oops, it’s not Salman Khan..right? It’s a duplicate of Salman Khan. The new TVC as part of the Pidilite’s campaign ‘Original glue stick’ created by Ogilvy & Mather features a duplicate of Salman asking for an original Fevistik. The advertisement conveys the importance of original glue stick and it started airing from 24th December. The lookalike of Salman has been given attire that the original Salman Khan has worn in Dabangg and its sequel Dabangg 2. The lookalike in the advertisement is seen protesting when the shopkeeper hands him over a cheap glue stick. The first ad of Fevistik’s new campaign featured a lookalike of Sachin Tendulkar but that ad had to be discontinued. We really don’t know how long the second ad would continue to be aired since experts feel that using lookalikes for ad is a spoof though Pidilite do not agree to it.

Advertisement of Sachin Lookalike which has been withdrawn

Passionate In Marketing - June 20, 2012
1
First, it was the BPOs and then came the KPOs. Now, the industry is evolving and has given birth to a novel concept –...

E-commerce retailers ask key brands to come up with campaigns

Nielson data estimates FMCG revival, but not in reality

Is it marketing or branding what marketers do today?

Penguin India launches quirky campaign before the release of Biography of...