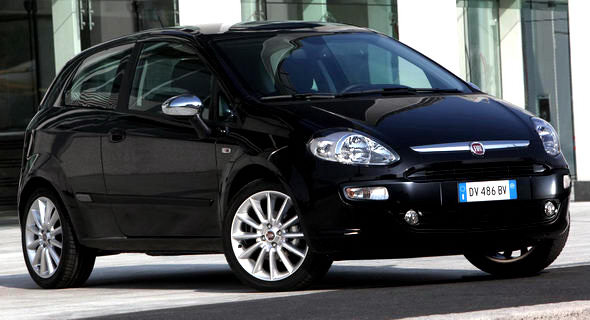 August 5, 2014: Fiat Automobiles which earlier had a tie up with Tata Group post its break up and the launch of new Fiat Linea has announced the launch of its new compact car Punto Evo in India. Fiat earlier had Punto in the Indian market but the model has undergone a change and has been launched at an introductory price ranging between Rs.4.55 lakh to Rs.7.19 lakh (ex-showroom Delhi). The petrol version of Fiat Punto Evo will be available in the price range of Rs.4.55 lakh-Rs.6.65 lakhs and diesel variants would be sold in the range of Rs.5.27 lakh to Rs.7.19 lakh

The company would be launching its compact SUV Avventura which was showcased at the Auto Expo in February within 2 months. This was said by Fiat Group Automobiles India President and Managing Director Nagesh Basavanhalli. He was further quoted as saying, “We are now strengthening our product portfolio in India with cars that are designed and engineered keeping Indian conditions and need in mind.”

The new Fiat Punto Evo will take on the likes of Maruti Suzuki’s Swift, Hyundai i20 and Honda Brio in India.

Passionate In Marketing - August 8, 2020
0
OkCupid – an American online based dating and friendship and also a social networking website is revealing the greatest portable application update all-inclusive in the...