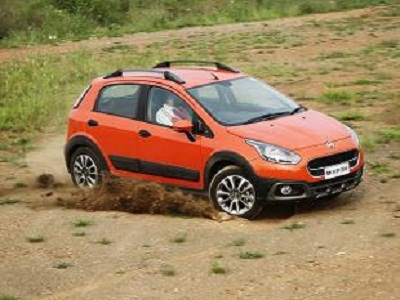 On Tuesday, Fiat Group Automobiles India announced the launch of a compact sports utility vehicle called Avventura that is priced in the range between 5.99 lakh and 8.19 lakh (ex-showroom pricing in Delhi).

The Avventura would be manufactured at Fiat’s Ranjangaon plant inMaharashtraand it would be sold initially in the domestic market. The company has a target of five products by this year end and nine of them by 2016 in the Indian market. By the end of this year, the firm is planning to announce a luxury hatchback called Abarth 500.

Fiat Chryster, an Italian American auto major is planning to announce 12 new models inIndiain the next five years and the firm will also debut with the production of the new variants from Jeep brand in the country in 2015.

Next year, the group will be introducing the highly anticipated Wrangler and Grand Cherokee models from Jeep brand and Abarth Punto. These models will be produced locally by the firm, whereas the Wrangler would be imported.

The plant owned by the group at Ranjangoan inMaharashtrawill be rolling out six new models with three platforms by the year 2018 that is a significant increase from the current capacity of three models using one platform. Also, this facility will produce six types of engines using the current three models.

Regarding the launch of Avventura, Fiat Chrysler Automobiles India Operations President and MD Nagesh Basavanhalli said that the vehicle showcases the commitment of Fiant to produce cars that are designed for the consumers in the country and manufactured in the local market.