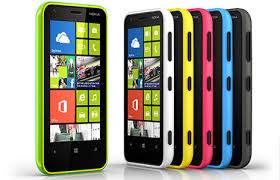 March 17, 2013: Finnish mobile phone maker Nokia has reported a 23 per cent decline in revenue from India. This is the second consecutive decline for Nokia in India which is the second biggest market after China for the Finnish company. The company reported net sales of Euro 2,952 million in India in 2010 and at the end of 2011, it reported 23 per cent dip in revenue. Last year it reported revenue of Euro 2,227 million from India. The reasons attributed for the decline in revenues are increasing competition especially in the smartphone market and currency fluctuation. Emergence of local players apart from biggies like Samsung, Apple and Blackberry has also added fuel to competition.

Nokia had a relatively good year in 2012 which it terms as year of transition wherein the company adopted a focused business strategy. The focused business strategy started yielding results for the company in the final three months of the year. For 2013, Nokia is again having a much focused approach and going back to basics by not only focusing on smartphones but also focusing on small handsets which was bringing revenues for the company especially in India. As part of that strategy, Nokia has come out with its cheapest handset in India at Rs.1,500. The company is working round the clock to deliver new and innovative solutions catering to the needs of the customers in India which has been a big market for the company.

Passionate In Marketing - September 15, 2020
0
Medimix is all set to become the Kolkata Knight Riders Official SkinFit and Hygiene Partner for IPL 2020. Medimix will...