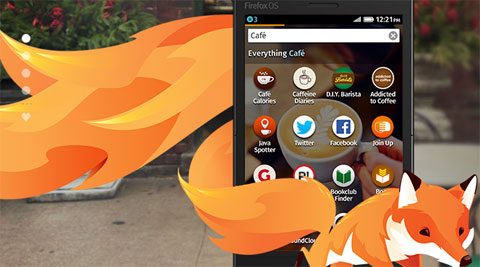 Aug 30, 2014: The smartphone penetration is a global phenomenon and when it comes to the Indian market the vendors are launching entry-level devices at competitive price brackets in order to lure the consumers. While it is the Android based smartphones that have been largely selling in this segment, the latest entrant is the Firefox OS powered ones.

The first manufacturers of Firefox OS based smartphones in India are Spice and Intex. Interestingly, the vendors have come up with the Spice Fire One Mi-FX 1 and Intex Cloud Fx smartphones at Rs 2,299 and Rs 1,999 respectively.

As they are priced low, the handsets do compromise on their specifications making them basic ones. But, IDC research report claims that this is done deliberately to lure in the millions of feature phone users in the country to the smartphone segment. They expect these models to evolve out with more features and at higher price tag later.

The highlight of the Firefox OS is that it is based on web technology and provides access to the applications directly without the necessity to download them from an App Store. On the other hand, in any other platform, users will have to access the respective app store to download the desired application. Also, the platform supports features such as Adaptive App Search or Single Window Search that lets users to find the relevant information and applications instantly.