As the festive season is fast approaching, the major e-commerce retailers have decided to fight a battle between their apps and websites. From the next week, the e-commerce majors have come up with a sale around the same dates.

The major clash might be between Amazon and Flipkart as both have announced the same dates. Even in the last year, both the retailers had a high pitch battle during the Diwali sales.

The American e-commerce retailer Amazon’s Indian arm has its headquarters in Bengaluru. It claimed to have a ‘Great Indian Festive Sale’ between October 13 and October 17. Samir Kumar, the Vice President of Amazon India’s Category Management commented on the upcoming sale. He stated that they are certain that this sale will be the biggest one meant to serve the online shoppers in India. The retailer is also providing special discounts on the application based shopping.

Flipkart, the India based e-commerce retailer is based in Bengaluru and it is the direct rival of Amazon. It has announced the same dates between October 13 and October 17 for its Big Billion Days sale. Also, the fashion portal Myntra owned by Flipkart will also have the sale on the same dates.

Another large player in the e-commerce industry is Snapdeal. It announced that it will hold a special sale called Monday Electronics Sale especially on Monday. The online shoppers can get up to 60 percent discounts across the personal devices, electronics and appliances. Snapdeal is planning to have a product specific sale every Monday till Diwali. It will have a big bang sale during the festival.

As per the sources, Flipkart has stated that this year its app only sale will be aimed to be a dry run towards Flipakrt’s move of going all app later. The caution not to repeat the logistics errors that happened in the last year is taken by focusing more on the warehouse strength. Binny Bansal, the COO of Flipkart stated that the new warehouse will help the retailer improve its productivity as well meet the anticipated demand. 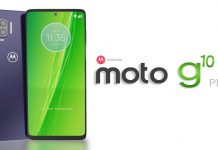 Adith Krishnan - March 1, 2021
0
Bharati Airtel on March 19 to ask for the agreement of its shareholders for issuing around 3.64 crore equity shares to Lion...