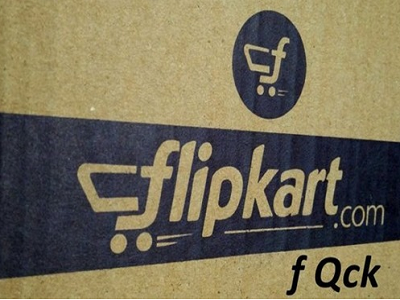 India’s most valued e-commerce marketplace Flipkart is in the process of testing a new programme in order to deliver orders in hours. This is being done by partnering with the neighborhood merchants directly pitching it again Kirana stores. Now of an initiative launched by Amazon India earlier this year.

For the new hyper-local business known as Flipkart f Qck, Flipkart has tied up with  Roadrunnr, the logistics and delivery startup that is backed by Sequoia Capital and Nexus Venture Partners located in Bengaluru, claim two people familiar with the matter unwilling to be identified.

The e-commerce portal is in talks with Pracelled as part of Flipkart f Qck in order to handle the deliveries, especially expecting additional demand in the upcoming peak festive season of Diwali, stated another person.

Regarding this, Flipkart’s Co-Founder and Chief Operating Officer, Binny Bansal stated in an earlier interview that they are doing a lot of hyper-local stuff and claimed that the company is serious about the same. However, the e-commerce portal declined to officially reveal anything regarding the same.

The dominance of the well established online stores are facing the threat from a swarm of new hyper-local delivery startups as they are able to reach the customers in hours of placing an order. As the bigger companies are focusing in providing similar services, the lines between the two are gradually fading away.

This year, the hyper-local category is the most watched with the grocery delivery firms such as PepperTap and Grofers getting considerable funding from the investors such as Tiger Global and Sequoia Capital.

The Kirana Now initiative launched by Amazon India in April this year is aimed to provide express delivery in tie-up with mom-and-pop stores. The head of Amazon India, Amit Aggarwal stated in an earlier interview was seeking beyond grocery services to cater to the needs of the customers quickly on demand.

As per the experts of the sector, the e-commerce companies are exploring the opportunities with the niche startups in order to venture into the hyper-local business as the large logistics companies including Ecom Express, Delhivery and GoJavas that focus mainly on the hub and spoke model face it difficult to challenge in this segment.

Passionate In Marketing - July 9, 2020
0
As the world is combating the global pandemic, businesses are facing unforeseen challenges, financial downfalls, diminishing customer base and are emerging/coming up with new...