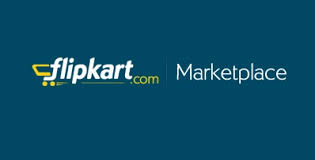 Online retail major today announced a major decision which will revolutionize the way online retail stores operate in future. Flipkart has announced its new business model, ‘Flipkart Marketplace’. In the new model, Flipkart from now on would not be holding any inventory of its own rather it will be facilitating buyers and sellers directly. Buyers can deal with sellers directly and once the deal is stuck, the product would be delivered by Flipkart.

The move by Flipkart, which is quite like the business model followed by eBay India will help the etailer to cut down its storage/warehouse cost. Flipkart Marketplace will help the small retailers to transact on the same platform as that of big players thereby, tremendously helping the SME community. WS Retail which manages the entire inventory of Flipkart will continue to be one of the sellers though because of the new business model, Flipkart would be looking at new sellers.

Flipkart in the last 12 months has gone on to become one of the biggest online retailers with five out of six online customers accessing the site. This move of Flipkart is surely going to be a game changer according to many experts as Flipkart Marketplace will allow sellers to get access to huge database.

Passionate in Marketing - December 2, 2021
0
Launches campaign ‘Back to Work, Back to the World’ New Delhi, 2nd December 2021: DLF Avenue, Delhi’s most fashionably...