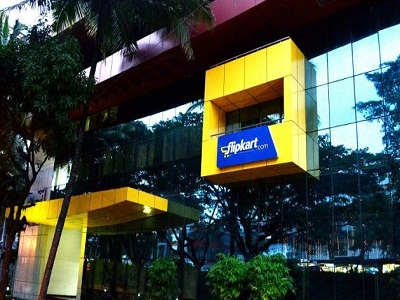 The e-commerce giant Flipkart is swiftly minimizing its dependence on WS Retail, and the contribution of the firm to the merchandise sales on the country’s largest marketplace has dropped to less than 30 percent from 80 percent in the last year.

Also, the share of the seller WS Retail’s sales is dropping constantly. Flipkart is in an aim to achieve over three times the number of its existing third party sellers by the end of this year, claimed a person familiar with the plans of the firm. WS Retail was set up by the Co-Founders of Flipkart, Sachin Bansal and Binny Bansal in the year 2010.

AsIndiadoes not allow foreign supported e-commerce such as Flipkart to sell to the customers directly and as it started witnessing the heat from the regulators on avoiding the rules, the founders sold the stake of WS Retail in 2012.

Regarding this move, Ankit Nagori, the Senior Vice President at Flipkart claimed that the firm has ramped up the sellers and in many categories the non-WS Retail sellers have become the biggest. However, he declined to reveal the share possessed by the individual sellers including WS Retail. As of now, the e-commerce retail giant has over 30,000 sellers and it is looking to increase the number to 100,000 sellers by the end of this year.

The retailer’s gross merchandise volume run rate and expected yearly sales based on its existing sales is over $4 billion that is approximately Rs 25,540 crore. The firm is targeting to double this figure by the end of this year.

There was claimed in March this year that Flipkart is looking forward to cut its dependence on the seller WS Retail. The firm has been able to do that except for the electronics genre. Regarding this, a person familiar with its plans claimed that most of the executive launches of phones are carried out by WS Retail so that the category even now has a higher percentage of sales from WS Retail.

Passionate In Marketing - August 5, 2020
0
The 2020 pandemic has stripped cinema halls of audiences. It’s been almost four months since the theatre got closed. However, Television and...