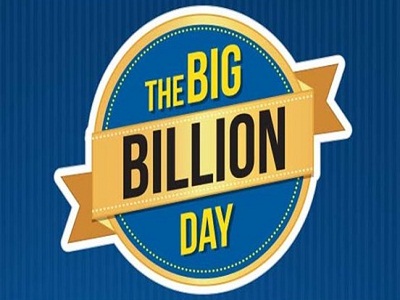 After operating the business for two years, the India based e-commerce player Flipkart’s seller of home furnishings Rahul Goyal has decided to shut the retail outlet. His store is located in Panipat in Haryana. He sells over 70 percent of the products online, and the others from a warehouse to those who he knows and the local businesses.

The Indian Weave Sourcing of Goyal sold goods that are worth Rs 1 crore during the five day sale held this month – the Big Billion sales of Flipkart. He was one among the 500 sellers on Flipkart who made over Rs 10 lakh sales in the five day sale period.

Some Flipkart sellers made sales that crossed their annual targets between October 13 and October 17. Rinkesh Sanchaiti stated that he sold over Rs 1.2 crore in five days that is annual sales target via his physical stores. He has been trading the car accessories for over 12 years through his store, Carsmith located in Aurangabad. He stated that this marketplace reduced the payment cycle from two months to 15 days to help the sellers restock quickly.

As per Manish Maheshwari, the Vice President of the seller ecosystem at the e-commerce retailer Flipkart stated that the company made preparations for around six months. Around 60 percent of the seller base took part in the sale. The new signups from the merchants too rose during the same period. The marketplace right now has over 42,000 sellers.

The facilities extended to the merchants include the training and services by the e-commerce partners. This helps to receive working capital loans from the non-banking financial companies.

As the sale was on the mobile app for five days across different categories, it managed to get better traffic compared to the last year. This seller focused services provided by Flipkart has added a new stream of revenue to the e-commerce retailer.

Chinese handset maker Xiaomi to make its debut in India through...

Conversion rate and the ways to improve it

Small creators to feel the pinch as YouTube puts threshold of...

Hyundai to launch four new models in Indian market by 2015

Starbucks…. the most loved brand in Social media.!!!