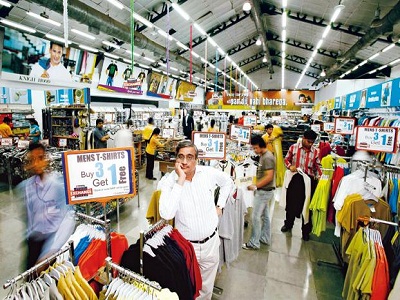 Target, the popular American retailer has come up with a meme “Target knows you are pregnant”. This has become viral as the Americans found out that the retail makes use of data scientists and math geniuses to predict the behavior of customers. This is what Future Group is trying to do inIndia.

Regarding this, Rakesh Biyani, Co-Founder of Future Group claimed that without forecasting, analytics, and tracking down of the customer behavior, it is not possible to run a business model that keeps growing in terms of efficiency. The basic idea is to apply data analytics on millions of customer records and to forecast their behavior in a similar way as Wal-Mart, Target and other retailers do abroad.

The stores run by Future Group such as Big Bazaar, Food Bazaar, Nilgiris and Home Town have seen around 30 crore footfalls every year and the firm has a database of three crore customers who are in the loyalty programme. The firm is aiming to expand this database to house seven to eight customers and make use of analytics to sell more to its customers.

The idea of adding analytics to the tools to outshine e-commerce was made after a chance meeting between Rakesh Biyani and Atul Jalan, the Founder of Retail Analytics firm Manthan Software Solutions. Notably, Future Group is the first Indian customer and one of the top 20 of Manthan.

Atul Jalan stated that with analytics, one can go to a customer and say I have seen you here and thank you for buying atta, chawal and daal from the shop. And, how come the customer has not bought some other product from the shop.

The Future Group is now charting a new omni channel strategy that is aimed to build a cost effective platform that will last for long. The group has been in works on this model for almost seven to eight months. They are trying to reach customers via brick and mortar stores as well as internet and smartphones.

Passionate In Marketing - July 5, 2012
0
Renault India as part of increasing its product portfolio in India launched the much awaited SUV, Renault Duster with much fan fare. Duster is...

Samsung is No 1 Handset Seller in India, Claims IDC Report

How to get more Visibility in Online Business

Walmart to Take On Amazon with $50 per Year Unlimited Shipping...