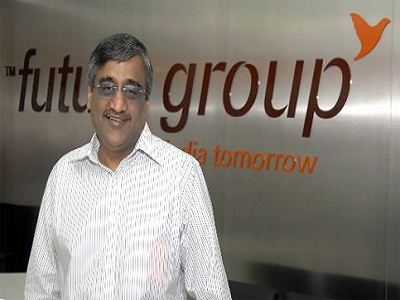 Future Retail owned by Kishore Biyani plans apply for a corporate license in order to sell insurance policies to those who walk into the hypermarkets and retail stores of the group. Around 32 crore people enter Big Bazaar and other such retail stores owned by the group on a yearly basis, and this number is increasing.

Munish Sharda, the CEO and Managing Director of Future Generali India Life Insurance stated that Big Bazaar is Big. He claimed that they need to find out how they can capture the imagination of the customers. He stated that they are planning over the counter products in order to suit the customers who are stepping into the Future Retail’s stores.

Earlier, the insurance companies started selling their products at these stores, but they failed to make the same work and they had to terminate the plan. Now, they have come up with a more vigorous plan as they have roped in Future Retail of Future Group as their corporate agent.

KG Krishanmoorthy Rao, the MD and CEO of Future Generali India Insurance stated that the previous model is experiencing some changes. Earlier, they had their own set of people at the stores. Now, the Future Retail employees will handle the selling of policies.

Future Retail has 575 stores along with Big Bazaar. Recently, Easy Day controlling 450 stores was acquired. Other retail formats include HomeTown that is into furniture and home furnishing. Also, eZone that deals with phones and consumer electronics was also acquired.

Future Retail is in the process of getting the license that will be issued by Insurance Regulatory & Development Authority of India. It is a win-win situation for all and Future Retail can be a huge distribution platform for the insurance products.