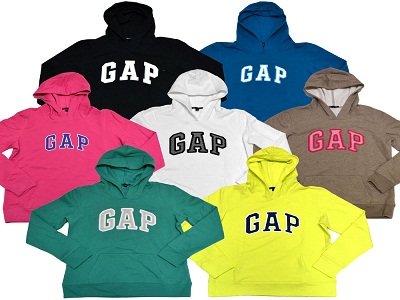 Gap, the well known American clothing brand managed to reach around Rs 23 lakh of daily average sales with apparel and accessories in June. This is the sales figure that the firm received in the first month of commencing its operations in the country. The brand has surpassed every other retailer in India with its sales per square foot. However, it is still ranking behind its challenger Zara in the same location in terms of total sales.

Zara is a Spanish brand and the sales figure achieved by the brand is Rs 9 crore per month on its store in the City Walk mall in southern Delhi. This is the same place where Gap has opened its very first store in India alongside Arvind Lifestyle Brands.

Previously, Gap has mentioned that it was aiming to achieve an annual sales of Rs 500 crore in the next three years with Rs 60 crore of sales only from its maiden store in the national capital in the first year.

Though the industry standards set by Gap were high, the brand’s per store sales might take a plunge as it will open new stores in not so prime locations. Also, its reputation as the novelty factor will get worn out.

Gap has launched in India on a wide scale in 1998, and the brand is known for its hoodies. The industry experts are expecting the brand to find it challenging to sustain the sales momentum.

Passionate In Marketing - January 5, 2013
0
Jan 5, 2013: Mahindra and Mahindra known more for its utility vehicles has entered into the motorcycle segment by showcasing two 110 cc bikes,...

CavinKare to open more than 300 beauty salons in the country

27 Greatest Consumer Brands in the World unveiled by Citi Research

Do’s and Don’ts in Branding Start up

Airlines fight it out for season travel advance booking

LeEco Le1S gets 300,000 registrations on Flipkart