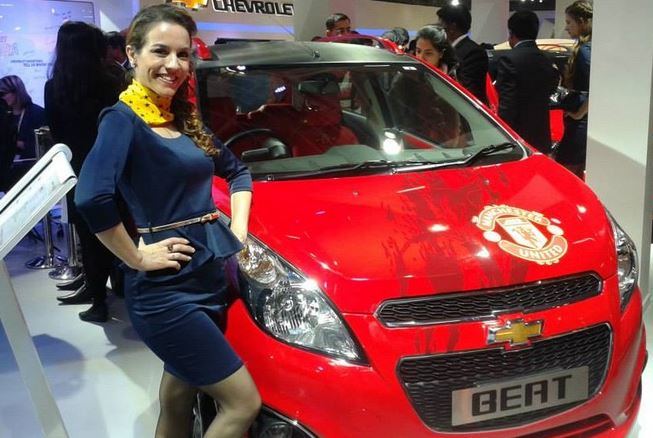 July 7, 2014: General Motors to mark its partnership with popular English Football Club Manchester United today launched its special edition hatchback models of Beat and Sail. These special edition cars are being launched at a time when the Chevrolet brand would be displayed on the club’s jersey as part of the tie up.

General Motors India President and Managing Director Arvind Saxena was quoted as saying in a statement “We are proud to announce the launch of the Chevrolet Beat and Sail Hatchback Manchester United Editions for football fans in India. Available in limited quantity, the models celebrate Chevrolet’s Shirt Sponsorship with Manchester United beginning today.”

He further added that “The two models showcased at the recent 2014 Indian Auto Expo have been designed by our engineers at the General Motors Technical Center India (GMTC-I) in Bangalore on popular customer demand with exclusive Manchester United livery kits,”

The special edition models of these cars which will cost Rs.69,000 more than the original versions and will feature Manchester United alloy wheels, roof rails, decals, covers and special seats. These models would be based on the LS variants of Beat and Sail in petrol and diesel options in red colour.