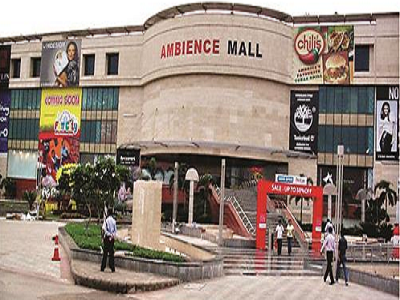 The national capital Delhi appears to have emerged the favored location brand launches such as Arvind Lifestyle that sells US Polo, Calvin Klein and Nautica offerings in the country. The brand generates 20 percent more revenue from the stores in well-known malls inDelhithan in the other regions. For this reason, Gap is now on the Arvind list and it will have its high-end start inDelhi. Even its rival Hennes & Mauritz (H&M) will join the market.

Food chains including Burger King, Wendy’s and Johnny Rocketys based in US have also debuted inDelhi. Customers inDelhiand its surrounding regions have a relatively higher spending power, claim the analysts and retailers.

Delhihas some of the biggest and the most successful malls in the country that cater to the region and the surrounding cities such asLudhiana,Chandigarhand others. The National Capital Region (NCR) has 15 successful malls in comparison to 10 in the Mumbai region. This information was revealed by the property advisory firm JLL India. There are around 100 operation shopping centers in NCR.

Regarding this, Pankaj Renjhen, Managing Director for Retail Services at Consultancy firm JLL India claimed that the availability of quality space in the premium locations in the NCR region is more. He further added that brands usually want to launch from the high-end south Mumbai market that has only one famous mall while there are five high performing malls inDelhi. The malls that are popular among the foreign food and fashion retailers are Ambience, DLF Promenade and Citywalk malls.

Also, CEO of Arvind Brands, J Suresh claimed that Delhi records a higher productivity for any fashion store and the region is all season as all types of apparel get sold in the market. He stated that so farDelhiis the leading market in the terms of fashion adaptation.

As per Santosh Desai, a marketing and social commentatorDelhihas taken over the Bengaluru and it is the preferred launch pad for several foreign brands. He added that for a new entrant,Delhioffers a sizeable opportunity.