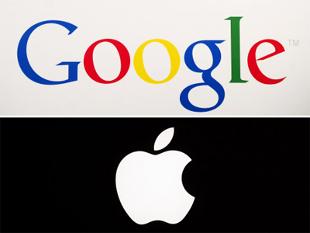 Google has done it again! They have become the number 1 brand in the world after Apple enjoying the position for the last 3 years. Brand value is computed based on the financial performance of the company, innovation in terms of products released and the popularity of brand among the customers. The new brand position was disclosed by market research agency Millward Brown. They published the 2014 Top 100 Brandz report today.

As per the agency, Google’s brand value has  gone up by around 40% to reach close to $159 billion this year. The three factors that have contributed to this growth are the introduction of innovative devices like Google Glass, their proposed investment and focus on Artificial Intelligence and also a string of partnerships they have signed up for product and technology innovation. Google has been doing experiments in areas like driver less cars and so on.

Apple is standing in its second position, where its brand value reduced by 20% to $147 billion. IBM holds the 3rd position followed by Microsoft, McDonald and Coca Cola. Most of the top 10 slots in the Top 100 Brandz report are occupied by US firms. Chinese firms have taken top position in Insurance firms.

Passionate In Marketing - November 13, 2015
0
Bread, sandwich makers and popcorns makers have been the big gainers due to the Maggi ban. Now, Maggi has been relaunched, so these categories...

“Nizam” collection from Gitanjali in Dubai

Amazon plans to use ‘Octocopter’ mini-drone in future for delivery

Xiaomi Redmi Note launched at an aggressive price of Rs 8,999