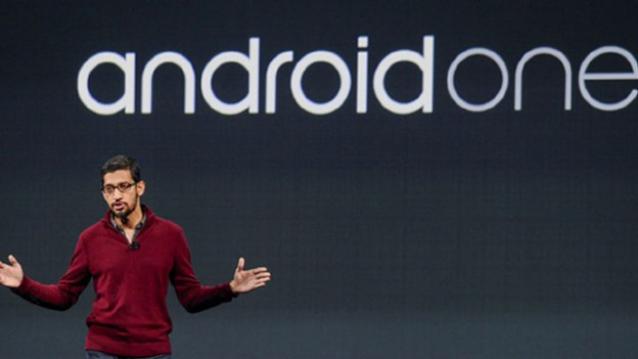 In a recent study by research firm IDC, Google will have a touch time in marketing its Android One Phones in India. The report says that, “Android One will go further and effectively create a bipolar pear shaped environment where the high end will be dominated by the likes of Apple and Samsung with their iPhone and Galaxy flagship devices and the low end will increasingly converge around $100 Average Selling Price (ASP) benchmark.”

The US based tech giant Google had last month launched Andoid One range of devices in an ambitious move address the fragmented Android ecosystem. Android One handsets was launched by Google in partnership with Micromax, Spice and Karbonn.

With the launch of Android One smartphones at a price of Rs.6,399 onwards in India, Google is planning to develop a new Android ecosytem and according to IDC, a consistent user experience, or at least a vastly improved one, will greatly increase engagement and ultimately revenues.

According to the research firm, “Despite significant marketing spend already in evidence on Android One, IDC believes India will be a tough crucible for Google. Blocked out of China, Google has no choice but to make a large downstream investment in the next billion consumer segment in India.”

In a statement IDC said “It believes that Android One is crucial for Google to execute on its strategy to leverage the fast-growing Android user base to drive engagement for its increasing portfolio of essential Google services, including search, Maps, Google Now and others.”

Passionate In Marketing - November 24, 2012
0
Nov 24, 2012: According to a report that has come out in a Chinese Newspaper, Commercial Times, Apple has started working on its new...

Case Study: Uber vs Ola: Which Will Dominate The Indian Market?