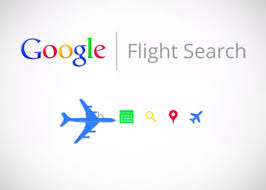 Google is very close to introducing Flight Search in India and this is something which has send down jitters among the players like Makemytrip, Cleartrip and Yatra. Online flight aggregators in India have already started fearing about their future business model if Google’s Flight Search is launched in India. They are even mulling over filing a possible complaint to the Competition Commission but there are no official reports on the same.

Google’s Flight Search is already operational in US and some parts of Europe and this service allows the users to compare offers by different airline operators and book their tickets. The aggregators in this space have already started complaining about the search results from the queries generated regarding online travel. Google is already facing probes in US and Europe wherein portals likeTripAdvisor and Expedia have filed antitrust complaints against company with the European Commssion.

In India also Google has been facing investigations from the Competition Commission on the alleged dominance of search engine market. Bharatmatrimony.com had filed a complaint last year against Google on this and the investigations are on. It would be interesting to note when Google would be officially launching its Flight Search services especially when the speculations are ripe after the ‘Start Searching India’ campaign which was launched by Google last month.

The market is surely going to hot up in the coming days with questions being raised on fair play in the online travel space and whether Google is promoting rival services. How players like makemytrip and cleartrip are going to handle these developments and what is the impact of the Flight Search service would determine the survival and new strategic outlook of these aggregators.