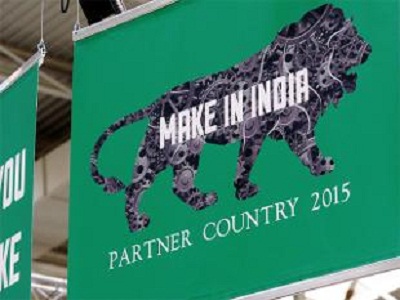 It is the right time for a alteration of the government’s ‘Make in India’ campaign soon after the controversy over the lion logo of the campaign. The Indian government is now looking forward to hire an advertising agency that will come up with a fresh new creative packaging of the ambitious programme of the Prime Minister Narendra Modi. It was he was pushed the manufacturing inIndia.

The controversial lion logo of the ‘Make inIndia’ campaign will be retained, but it will feature a few minor tweaks. The DIPP (Department of Industrial Policy and Promotion) is looking out for a new advertising agency that will be coming up with a campaign having a more global appeal.

Amazon the advertising agencies that are being scouted by the DIPP is Goldmine Advertising, which is the Indian subsidiary of Wieden+Kennedy, theUSagency. It was this firm that designed the original industrial lion logo for the ‘Make inIndia’ campaign. Regarding this, Amitabh Kant, the DIPP secretary said that the advertising agency that gets selected will be able to serve the contract for a couple of years. He stated that they want to keep the brand alive, fresh and vibrant constantly via the 360 degree campaign.

The government is in the process of picking out a media agency with Group M and it is finding the agencies competing for the contract. The lion logo of the ‘Make inIndia’ campaign has penetrated into the international markets.

Earlier this month, the news reports claimed that there has been a striking similarity between the lion with wheels depicted in the ‘Make inIndia’ campaign’s logo and a campaign made by a Swiss bank. The government faced the allegations of plagiarism, but it claimed that the logo was inspired by the national emblem, the Ashoka emblem. The upcoming campaign will be created based on the theme ofIndiahosting its second industrial revolution.

The advertising agency that is selected will be designing the television commercials, outdoor and print campaigns. The government intends the youth inIndiato be targeted as it is planning to transition the ‘Make inIndia’ campaign to a cultural movement.

Passionate In Marketing - September 15, 2020
0
OnePlus put out a new documentary, United by Hope. It was filmed on OnePlus including the use of the OnePlus 8 Series...