Jan 25, 2013: Gron Stockholm, the organic kids wear brand which has in house brands like Mijn, Bamboo Baby, Gron and Geggamoja after tying up with an Indian partner is all set to expand its presence in India. The company has plans to set up 25 standalone stores by 2013-14. The clothes which are made up of organic cotton, the cotton grown with the use of chemical pesticides and fertilisers are considered to be safe for the skin. The 25 stand alone stores which the company intends to set up in India would need an in investment of nearly Rs.10 crores. Each store which would be 500-600 sq ft in size would be selling apparels for the kids of age group 10.

Gron Stockholm is considered to be a premium brand and each apparel costs between Rs.800 to Rs. 3000. The company in the initial stages have plans to focus only on tier-I cities and intends to be a major player in the kids apparel market which is estimated to grow by 20 per cent annually. 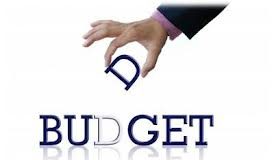 Passionate In Marketing - November 10, 2012
0
Setting budgets for marketing programs is a key annual activity for any enterprise. The different approaches to making marketing budget are briefed below. Objective and...

Unilever to restructure marketing strategy by ‘crafting brands for life’ in...

Hot destinations for global retailers in 2012

Vodafone services for SMEs in India