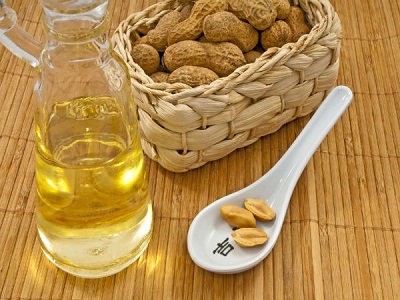 Groundnut oil has emerged the most expensive cooking oil in India, and this is backed by the increasing consumption of peanuts as table nuts in the form of snack bars, accompaniment with liquor, savories and also due to the increase in exports.

As there an increase in demand, farmers are expected to augment the groundnut planting by 15 percent to 20 percent in the current kharif season.

The rate of decline in the area of groundnut between the fiscal year 2008 to the fiscal year 2014 is -1.5 percent. The output increased due to the rise in the productivity. Regarding this, BV Mehta, Executive Director of Solvent Extractors Association of India stated that the direct consumption of peanuts as the supplement with liquor is the main growth factor as it the cheapest nut in the market.

Also, Kishore Tanna, Chairman of Indian Oilseeds and Produce Export Promotion Council stated that groundnut has been used a lot for direct consumption as table nut as it is the cheapest one among the rest. However, he stated that there is no proportionate increase in the production. As per third advance estimates, the country produced 66.4 lakh tonne of groundnut in the fiscal year 2014 to 2015.

As per the processing industry, the kernel yield is 70 percent of the overall groundnut with shell. The production of the kernels in the last fiscal year was 44.8 lakh tonne. Of this, around 7 lakh tonee kernels were exported and 7.5 lakh tonne were meant for sowing. Of the remaining, 18 lakh tonne has been used for direct domestic consumption.

This year, the industry expects farmers to drift away from cotton to groundnut inGujaratthat accounts for half the total groundnut production in the country followed by Andhra Pradesh and Tamil Nadu.

Notably, the cost and taste are not the only reasons for the increasing consumption of peanuts. The nutritional parameters also play a major role in the same.

Passionate In Marketing - May 26, 2020
0
For the last few weeks, we watched many innovative and impactful ad campaigns and ad films from different brands, including #CelebratingGood from Tata Motors,...

#WalkForGood: A campaign launched by VKC Walkaroo during the Lockdown