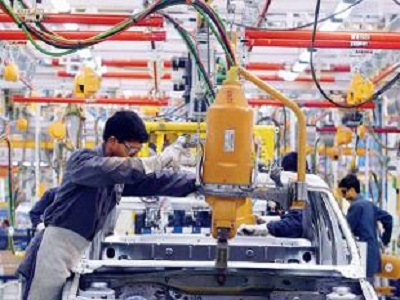 Sanand is a neighborhood of Gujarat’s capital Gandhinagar. Its profile has taken a major transformation in the recent times with neatly dressed corporate executives rushing to the hotel Krsna Lila restaurant during lunch time. Notably, most of them are foreigner.

Regarding this, Ghanshyam Waghela, one of the four owners of the restaurant claims that business was not this robust so far. At its restaurant Aahar and the 40-room hotel as were some guests.

The business of Waghela started booming as Sanand’s profile changed once the factories in this state capital’s neighborhood took a transformation. The factories in the region were involved in making products including FMCG and drugs, but now they have started making automobile related products. This has turned the region into the next automobile hub of the country.

Well, Tata Motors manufacturers the Nano microcar in this region. Also, Ford Motor’s manufacturing facility is getting established in Sanand. It is Honda Motors that is the next car maker in the line. Maruti Suzuki has also acquired land for two plants in theGujaratregion. There are thousands of crores getting invested in Sanand by the car makers.

The automobile hub will be ranging over a 120 to 130 km stretch comprising Sanand, Hansalpur and Vithalapur connecting Kadi and Halol on their way. This stretch will be one of the largest automotive clusters in the Asia Pacific region.

It is expected that the car makers such as Tata Motors, Maruti Suzuki, Honda Cars India and FordIndiawill be making around 2.2 million passenger vehicles in the region within six to eight years. Also, Honda Motorcycle & Scooters and Hero MotoCorp are planning factories to make two-wheelers in the region.

The stretch inGujarathas become a magnet for the automobile industry as the state is enabling new policies and tax benefits that will leverage natural benefits including proximity to ports. Also, the state government is developing the facilities on fast-track after the Prime Minister Narendra Modi, who was the former Chief Minister of the state sent an invitation to Ratan Tata in October 2008 to shift the Nano manufacturing plant from West Bengal toGujarat.

An industry executive claimed thatGujaratgovernment is not only planning to facilitate infrastructure to industrialists, but also allocating space to townships and housing development with colleges and schools for the families of people who work in the plants. 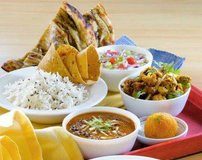 Dining options galore for Indians! Challenges ahead for Food Marketers

Passionate In Marketing - September 12, 2012
0
Last day when I experienced the hurry burry, rush and all sorts of craps in one of the KFC outlet in Kerala to just...

An Inspiration from Autorickshaw paves way for a new marketing strategy

Micro to grow bigger than Uber within a month, claims Ola

Bata India introduces ‘Bata & I’ in the Indian market