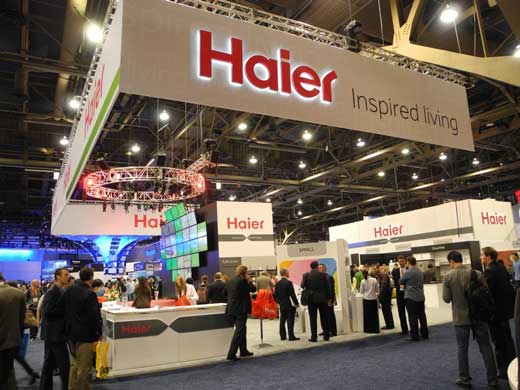 March 10, 2013: Haier Applicances which has currently got 4 per cent market in India aims to be among the top brands in India and is targeting 10 per cent market share in the next five years. The company which clocked a revenue of Rs.1,203 crore in 2012 is expecting a growth of 43 per cent year on year in 2013. India has been a fastest growing market for Haier and the company expects a revenue of Rs.1,700 crores in 2013.

Haier which launched 79 new products in the Indian market is planning to expand to tier 2 and tier 3 cities as the company sees these markets to contribute more to its revenue. The company has been increase its marketing spends since last year and invested heavily into brand building initiatives and to grow its dealer network. The Chinese company has increased its marketing spends by nearly 50 per cent and also on its way to increase the number of retail outlets from 4,500to 6,000 in the coming months.

The company would be focusing more on refrigerators, air conditioners, washing machines and Flat panel TV’s as the growth of the company has been driven by these electronic appliances.