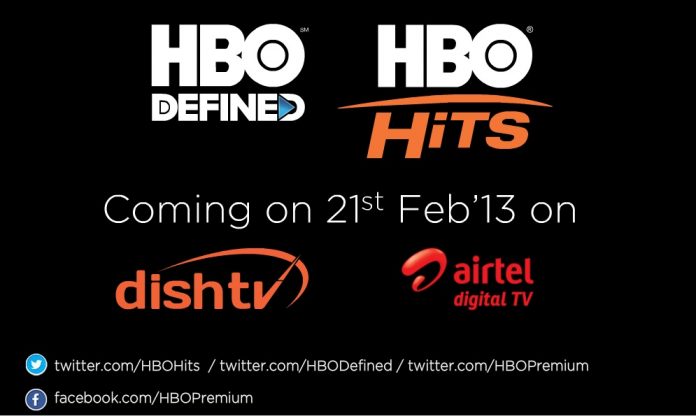 Feb 26, 2013: HBO Asia and Eros International media which formed a tie-up last year in December has launched their two new channels HBO Defined and HBO Hits in India. These channels which will be available on DTH platform will be advertising free channels. The channels which will be offering the best of both Hollywood and Bollywood have been priced at Rs.49 for Standard Definition (SD) and Rs.69 for High-Definition (HD).

The channels which are currently available for preview on Dish TV and Airtel Digital TV will be airing 10 new releases from Eros and 40-50 new releases from HBO as part of the deal. HBO which has got 25 per cent market share in Asian market offers five subscription channels in SD and HD formats. The channels have plans to hire hit serials like Entourage and The Game as well. According to Jonathan Spink, CEO of HBO Asia,” “The launch of HBO Defined and HBO Hits on Dish TV and Airtel Digital TV will reach out to a wide network of subscribers all over India. Subscribers in India will be able to enjoy a first-class cinema experience that is 100 per cent advertising free in the comfort of their own home.”