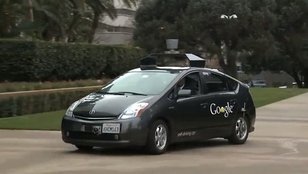 And finally one of my dreams is coming true….and it’s none other than Google who is making it possible!!!! Guys Google unleashed their successfully tested driverless cars!!!!!

Now I can just relax, tap my toes to the rhythm of my favorite melody and have a cup of cold coffee while I travel and all the stress of driving will be taken care of Google’s new technology….well, well guys and gals I am so excited about the new experiment.

The Google started its project way back in 2005 by experimenting its technology in Toyota Priuses and have completed 300,000 miles of test drive under all kinds of conditions. Google’s driverless cars will take you through deserts, hills, mountains, heavy pedestrian traffic areas…anywhere you want!!!! (now that is what google claims)….

The radar sensor that is placed above the car is what does the magic. The radar sensors capture the surrounding images and send it to the computer who is the real driver that is fixed in the car… what will bang your heads is that the Google has used only one core processor in the computer to perform all the hassle jobs of a driver when the largest shipped smart phone Galaxy III uses four cores to perform its functions!!!! Now that really sounds something weird isn’t it? But that’s the fact folks!!!

What Google claims is that the driverless car will require only one human driver with a driving license to make the law watchers happy….

Just step into the car and feed the instructions like destination, route, required speed etc to the GPRS and relax….says Google.

Google’s driverless car is also equipped to read the speed and direction of the vehicles that is present on the road and take appropriate action in case of any emergency like a responsible driver….what else you want….security is also assured my readers.

Now the next question that may light in your brain is why Google introduced the new technology???well, Google’s answer is that technology should be harnessed for the well being of the humans and they are doing the part!! Brilliant thought Google….Kudos!!!

admin - January 13, 2021
0
Launches F&O trading platform on the App with its Early Access ProgramProduct power-packed with best in class features and made simple for...