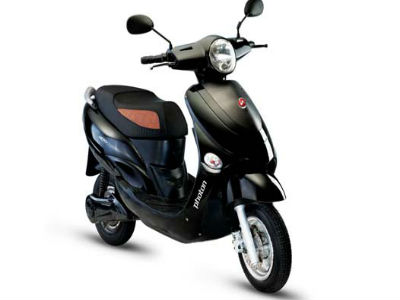 The vehicle was in the testing phase in selected regions for almost six months and it is claimed by the firm that it has received a good response and positive feedbacks.

Talking about the design, the Hero Electric Photon resembles any conventional scooter in terms of its styling with a round headlamp, large seat and apron mounted indicators.

When it comes to technical aspects, the two wheeler draws power from a water proof 1,500 Watt brushless DC motor that is in turn operated by a 24 MHz electronic controller. There is also a 33 AH/48 V AGM VRLA battery unit that makes use of a patented electrolyte. This battery can be charged using a multi-stage charger that has in-built memory to regulate the charge based on the condition of the battery and a circuit breaker for additional safety and battery charge conservation during long storage. Moreover, it has fire resisting wiring for high safety eliminating risky situations.

Also, it has high Mag-Flux with 46 magnetic poles that can render high efficiency and high torque to accelerate even on slopes without any overloading. The brushless waterproof DC motor with pretty low electro magnetic interference provides a comfortable and smooth ride for the users.

According to the firm, this electric Photon scooter can render mileages of up to 50 km in the Power mode and 80 km in the Economy mode respectively. Apart from this, the scooter includes front disc brake and anti-theft alarm that are noteworthy aspects.

The Photo electric scooter priced at Rs 54,110 is targeted especially towards the working women and senior citizens making that could boast its sales. The firm has made the vehicle available in a slew of three different color variants including Vivid Burgundy, Vanilla White and Velvet Black and will go on sale in five metro cities across the country.