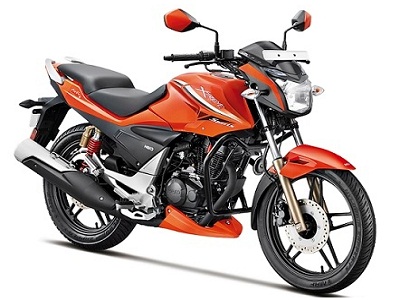 The dominant two-wheeler manufacturer in India, Hero MotoCorp Ltd (HCML) announced the launch of a couple of new bikes in Madhya Pradesh. In this state, the manufacturer holds a whopping 50 percent of the market share.
The company announced the launch of two bikes – Hero Xtreme Sports and an attractive edition of the vehicle dubbed Passion PRO.
Regarding the two vehicles that have been launched, Rahul Shivani, the Zonal Head of HCML stated that the manufacturer is already holding a commendable 50 percent share of the two-wheeler market in Madhya Pradesh making it clear that every second bike is sold in the state is from HCML. Notably, the manufacturer has a sizeable market share in South India.
The executive further informed that the automobile maker has 400 touch points in Madhya Pradesh to provide the services to the customers. This number is soon expected to reach 450.
Siddharth Kapoor, the brand manager of the company stated that both these new bikes – Hero Xtreme Sports and Passion PRO that have been launched by the firm have unique features and they are said to be the highly powerful ones in their class.
The Hero Xtreme Sports and Passion PRO carry price tags of Rs 71,729 and Rs 49,450 respectively.
The Hero Xtreme Sports has a 149.2 cc 4 stroke air cooled single cylinder engine rendering a power output of 15.6 BHP and torque of 13.5 Nm. On the other hand, the Passion PRO is equipped with a 97.2 cc engine that can deliver a power output of 6.15 kW and torque of 8.05 Nm. Also, the latter features a front side cowl, power start and digital – analog combo meter. The Xtreme Sports has a powerful engine that makes the bike an aggressive street fighter. The vendor expects this model to lure the biking enthusiasts.