Sept 21, 2012: HMT watches Ltd, in an effort to revive its sales launched the programme of setting up counters at post offices in the city of Uttrakhand. As part of the arrangement with the post office in the cities, post office personnel will sell HMT wrist watches at its counter.

According to market watchers, HMT have made a smart move to set a comeback by launching counters in post offices which have huge network across the nation. This will help them to improve the visibility of the product and reach out to more people. Before Uttrakhand, the company has launched the programme in Tamil Nadu, Karnataka, West Bengal, Orissa, Assam and Chhatisgarh. 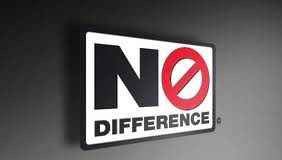 Passionate In Marketing - November 12, 2012
0
Undifferentiated marketing, otherwise known as mass marketing, does not target any particular market section. Instead, the firm adopts any one marketing strategy to persuade...

Spencer’s to add 80 hypermarkets across the country in next four...

Malaika Arora to endorse Dabur’s 30-Plus

Google to shut down Picasa, Google Photos Usage to be increased