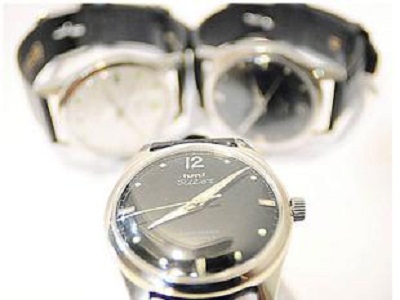 For quite sometime, there was news circulating that HMT Watches was winding up the business. Ever since then, there is an unprecedented demand for those watches made by the first ever watch maker ofIndia. This demand has made the government change its decision to shut the loss making public sector, HMT.

An official privy to the talks revealed that there has been a great demand since it was announced that HMT would be shut down. Consequently, the government has decided to keep one of plants in operating condition so that consumers can continue buying watches from the company.

The wait list for the wristwatches in the current market is quite reminiscent to that of 1960s when the designs went on sale on the black market. The timepiece maker is in talks with e-tailing firms to retail its existing inventory. However, this inventory would run out soon.

The government is in plans to let the new HMT Watches focusing on some of its well known brands such as Sona, a gold plated dress watch, Janata, the first model named by the then Prime Minister Jawaharlal Nehru and Pilot, a wind up model.

As aforementioned, only one plant will be operational and it is none other than the Tumkur, Karnataka plant with staff strength of 60. The other factories will be shut down despite requests from politicians to keep them operating to save some jobs.

Over the years, several companies that have been generating losses have resorted to either shut down their business or sell iconic brands. For instance, GE’s appliances business was acquired by Electrolux and Nokia’s handset business was taken over by Microsoft. There are several domestic brands such as Ambassador and Premier Padmini’s Fiat having ended their manufacturing process and the acquisition of some others such as Dunlop and Dalda.

For decades, till the entry of the private watch makers with modern offerings, HMT was successful and their products were passed down from one generation to the other, given as gifts and so on. Despite product expansion, the firm could not keep up with the changing times and it made losses of Rs. 242 crore with only meager revenue of Rs 11 crore in the fiscal year of 2012 to 2013.