Passionate In Marketing
Home Articles Latest from Marketing World Honda Cars gets the distinction of the most fuel efficient cars in...
Facebook
Twitter
Google+
Pinterest
WhatsApp 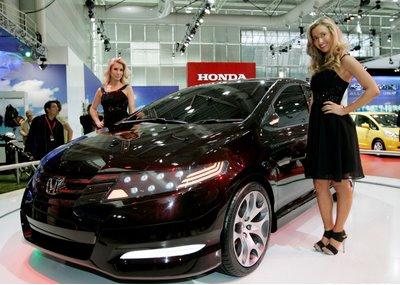 Delivering a high mileage goes with the philosophy of Honda which was a late entrant into the diesel car segment. Jnaneswar Sen, Honda’s senior vice-president of marketing and sales was quoted as saying “As a latecomer to the diesel market, we had set the goal of delivering highest mileage. We were able to achieve it by innovation that is also in line with Honda’s global philosophy to make environment-friendly and mileage conscious cars.” There is four months waiting period for Honda City and this success is attributed to the fuel efficiency that it delivers. The sale of Honda cars rose by 83 per cent ending March 2014.

Honda has been able to achieve a higher mileage due to its “Earth Dreams” technology which it launched for its diesel cars.  The manufacturers are trying to use turbo chargers and down sizing engines to make the cars more fuel efficient as the buyers today are giving more importance to fuel efficiency. The challenge is even more since the price gap between diesel and petrol is narrowing down. According to the data released by Economic Times after Honda City and Honda Amaze the other cars in the order of fuel efficiency are: