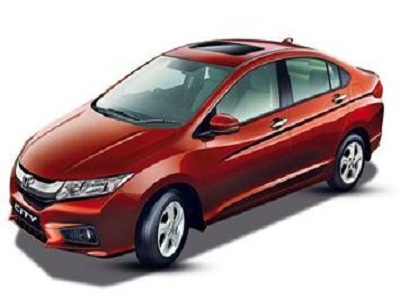 Honda Cars India has announced the launch of a new high end variant of City. The latest variant is called City VX(O) comes in both the petrol and diesel engines and it is positioned above the already existing VX grades making it carry an higher price tag than these models. As per the ex-showroom pricing inDelhi, the City VX(O) petrol model is priced at Rs 10.64 lakhs and the diesel variant is priced at Rs 11.83 lakhs respectively.

Besides the City VX(O), Honda has introduced a new White Orchid Pearl color variant of the Honda City lineup.

The new City variant’s AVN system with the above mentioned features seem to provide enough abilities that will help the users to travel safe, smart, convenient and fun. The system has integrated hands free Bluetooth connectivity that allows users to sync their phones with the system to make and receive calls that have been mentioned above. The onboard navigation system is quite intuitive and there is a suggestive keyboard that will let the users to search locations and helps in reaching the destination pretty easily.

The new Honda City is available in 14 different grades such as E, S, SV, V, VX & VX(O) in petrol and diesel. While these are manual transmission variants, the SV and VX CVT are only petrol variants. The S grade variants will receive a new security alarm feature with 2 transmitter keys that facilitate in keyless entry.

The new Honda City that was launched in January last year soon became the fastest selling mid-sized sedan that crossed a sales figure of 100,000. Honda Cars has achieved the sales milestone in just 15 months from the time of its launch.