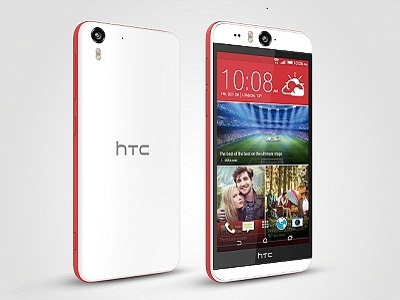 There was a lot of expectation from Taiwan based tech giant HTC  for the launch of its selfie focused smartphone and an action camera like device at the Double Exposure event held on Wednesday. As expected, the vendor took the wraps off these devices that have made all stones turn towards it.

Firstly, the Desire Eye smartphone arrives with an impressive camera department to compete with the other selfie focused smartphones available in the market, but it is definitely a first in the class device. Well, the handset uses dual 13 MP front and rear cameras, both with dual LED flash. The primary snapper uses f/2.0 aperture and 28 mm lens, while there is f/2.2 aperture and 20 mm lens on the front.

Furthermore, there are camera centric applications such as Zoe and Eye Experience with HTC having assured that it will roll out these to the other smartphones in the Desire lineup. Also, there are camera features such as Split Capture and Crop Me In that will let the users create impressive snaps by merging the front and rear camera images.

The other specifications of the HTC Desire Eye include a 5.2 inch FHD LCD display with 1920×1080 pixel resolution and a quad-core Snapdragon 801 processor paired with 2 GB of RAM. There is 16 GB of internal storage capacity that can be expanded externally by another 128 GB. Other goodies onboard the smartphone are front facing stereo speakers with BoomSound, Android 4.4 KitKat, a 2,400 mAh battery and IPX7 rating that will make it water resistant.

Talking about the RE Camera, it is a rugged camera that features a cylindrical design resembling a small periscope. This compact design will make the device ultra portable and it carries the IP57 rating that will make it water resistant.

The HTC RE Camera is fitted with a huge 16 MP CMOS sensor that uses f/2.8 aperture and 146 mm lens with the ability to capture FHD, HD and slow motion videos with time lapse options. There is an 820 mAh battery in the camera that is rated to provide a backup of up to 1 hour of photography and up to 40 minutes of FHD video shooting respectively. Furthermore, the camera bundles 8 GB of native storage capacity that can be expanded externally by another 128 GB using a micro SD card and Wi-Fi, Bluetooth 4.0 and micro USB connectivity features as well.

Interestingly, the HTC RE Camera is compatible with Android devices running on Android 4.3 and above and devices based on iOS 7 and above respectively. It comes in orange, teal, white and navy blue color variants.

When  it comes to pricing and availability, the HTC Desire Eye will be exclusive toUScarrier AT&T initially and will later be released globally, though a specific time frame or pricing was not announced by the vendor. On the other hand, the RE Camera will be released in theUSmarket during the holidays for $199 (approx. Rs 12,000).

Mc Donalds India on a spree to woo Indian Consumers with...

Windows 10 is the Name of Next Microsoft Platform

Snapdeal and Amazon India fails to achieve the feat of Alibaba...

Paint Industry in India aims to double output in next four...