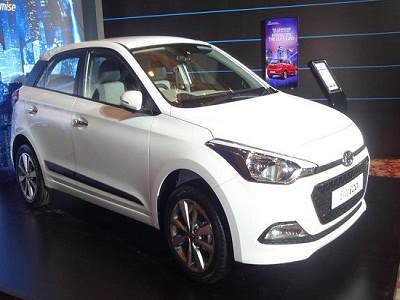 Hyundai Motor India Limited (HMIL) has received around 56,000 pre-bookings for its second generation i20 called Elite i20 that was launched four months back in the country. This information was revealed by the Korean car maker in an official press release.

The Elite i20 was launched on August 11, 2014 and it belongs to the premium hatchback segment. The vehicle has managed to create a spike in the demand and sales of the particular segment increasing the volume from 8,895 units in October to 10,500 units in November.

Owing to the increase in the demand for the vehicle, the firm is all set to increase the production of the Elite i20 in order to ensure that the consumers can easily avail it. Notably, the model has a waiting period of over four months for now.

The Elite i20 managed to foray into the list of 10 most selling brands in the country’s automobile market in the second month of its launch itself. The model boasts of the signature design language of Hyundai called Fluidic Sculpture 2.0. This design managed to lure consumers and enable the vehicle mark a new design benchmark in the segment. The same has become a new trend setter for the future offerings that Hyundai will be brining forward to the global markets.

Regarding the achievement of 56,000 pre-bookings in four months of launch, Rakesh Srivastava, Senior Vice President, Sales and Marketing at HMIL stated that the demand of the Elite i20 has increased two folds and that the firm is working forward to increase its production that will enable faster deliveries for the content of its customers.

Talking of the Hyundai Elite i20, the premium hatchback model is available in both petrol and diesel variants that use Era/Magna – ARAI Certified engines. The petrol variant comes equipped with a 1.2 Dual VTVT Kappa engine that can render a mileage of 18.60 kmpl. On the other hand, the diesel model makes use of a U2 1.4 CRDi engine with the ability to deliver 22.54 kmpl mileage. The pricing of the vehicle ranges from Rs 4.89 lakh and Rs 7.67 lakh depending on the model.