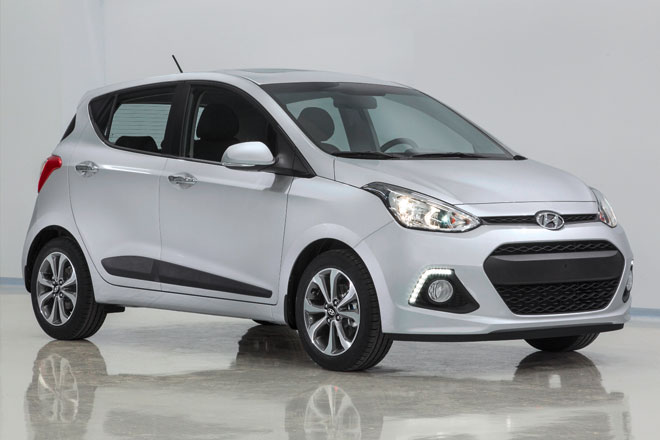 September 4, 2013: Hyundai Motor India has launched Grand i10, its new hatchback car in premium segment. The new car which is positioned against similar hatchback cars like Volkswagen Polo and Hyundai’s own i20 will have a launch price range – Rs 4.29 lakh to Rs 6.41 lakh. The car will have petrol and diesel variants which are priced Rs 50,000 and Rs 57,000 lower compared to Swift’s variants. The Grand models is mainly positioned to attract people aged between 25-35 years who are professionals. Company sources stated that this will give more comfort and space. Indian version of this model will have an expanded wheel base compared to its European version to accomodate more space inside. It is expected to provide a fuel efficiency of around 24 KM/litre with U2 diesel engine. The petrol version is powered by 1.2 litre engine giving an efficiency of 18.9 km/litre.

The  premium model comes with AC vents on rear side too and dual tone black and beige interiors. They have also included some advanced features push button start and stop, auto mirror folding while car is unlocked and locked as well as key less entry and exit.