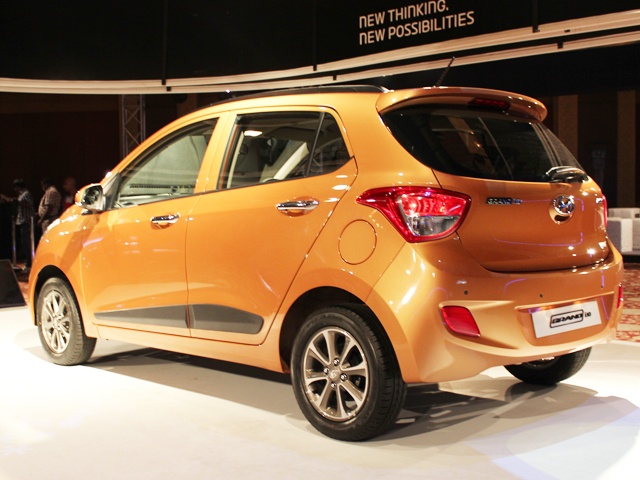 September 27, 2013: Hyundai which launched its new Grand i10 with much fan fare in the beginning of this month has turned out to be a huge success for the company and generated substantial customer interest in less than 1 month’s time. Hyundai Grand i10 has already received an overwhelming response and has racked up 10,000 bookings.

Hyundai Grand i10 which was launched in both Petrol and Diesel models at a starting price of Rs. 4.29 lakh (Ex Showroom Price Delhi) has successfully generated huge curiosity among the customers and the dealership visits of the customers has also gone up by as much as 55 per cent. Grand i10 which was designed at Hyundai European design centre in Germany has been given a trendy and stylish look. The car which has got a Fluidic Design is appealing mostly to the Compact High entry buyers.

Rakesh Srivastava, Senior Vice President-Sales & Marketing, HMIL, on this recent development was quoted as saying “Despite the challenging market scenario this quarter, we feel ‘Grand’ will continue to generate substantial customer interest and excitement all throughout.” Hyundai Grand i10 which is priced between Rs.4.29 lakh and Rs.6.41 lakhs would be competing with other vehicles like Volkswagen Polo, Toyota Etios Liva, Nissan Micra, Renault Pulse and the likes.

Passionate In Marketing - March 23, 2015
0
In an attempt to penetrate deeper into the apparel market segment, Amazon has announced the launch of a designer clothing store in partnership with...

Network18Media divest its stake in Yellow Pages and AskMe