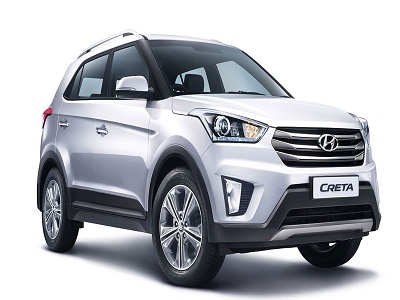 The South Korean car manufacturer Hyundai Motors is eyeing the lucrative compact sports and multi-utility vehicle segments of the Indian automobile market. We say this as the manufacturer is planning to launch compact cars under its flagship Grand i10 hatchback in order to improve its market share.

Right now, the market share of Hyundai in India is 17 percent and it is the second largest car manufacturer in the country with Maruti Suzuki in the top most position. Four of Hyundai’s vehicles belong to the top 10 best selling passenger cars in the country. The manufacturer will debut with the delivery of the highly anticipated SUV Creta to the customers who have pre-booked the vehicle.

The Managing Director and Chief Executive of Hyundai Motor India Ltd’s Bo Shin Seo stated that the company is reinforcing the local research and development operations in Hyderabad in order to develop the country specific models that will have a wider appeal.

He further revealed that India is one of the major potential markets for the Korean manufacturer as the operations in India is expected to hike its contribution beyond the existing 14.5 percent to the international sales. In order to achieve the same, the manufacturer is planning to develop new cars that cater to the second largest passenger vehicle in the Asian market.

On Tuesday, the company launched Hyundai Creta which will compete with the likes of the best sellers in the market such as Renault Duster, Nissan Terrano, Ford EcoSport and Mahindra Scorpio. Notably, these models comprise around 90 percent of the SUV market of the country. The manufacturer already received over 10,000 pre-bookings in the country for the Creta and it invested around Rs 1,000 crore in order to develop the five seater model.

The South Korean car manufacturer is likely to be aiming to achieve a double digit market share in the market segment of utility vehicles with the range of five models that will be released in the coming three to four years.

Kusuma Tumbali - January 18, 2021
0
As the platform looks to lose its reputation of being core in the modern world, it is now into 'Mates And Other...