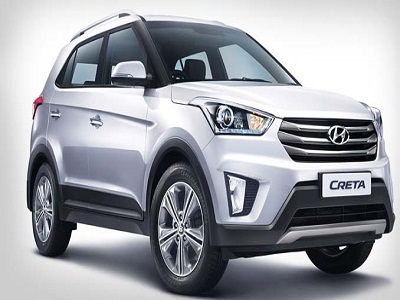 Hyundai Motor India, the second largest car manufacturer in India is aiming to attain the leadership position in the segment for compact sports utility vehicles with the launch of the Creta. This vehicle is slated to compete with the best sellers including Renault Duster and Ford Ecosport.

TheSouth Koreabased manufacturer has already informed the vendors to be prepared for the production of the 40,000 units of the upcoming Cresta this year. The production plan for the next year is 70,000 to 80,000 units.

As per sources close to the firm, if Hyundai sells a minimum of 5,000 Creta SUVs per month this year. This should get ahead of the Duster and Ecosport that selling well in the country with average sages of 3,000 to 4,000 units per month. This way, there is a possibility of Hyundai to outshine even Mahindra & Mahindra’s best seller Scopio that is selling around 4,000 to 4,500 units per month consistently for a few years.

Hyundai’s Creta SUV will create new milestones for the firm and it will also break the leadership position in the very first year of its launch, stated BS Seo, the Managing Director of Hyundai Motor India during a preview in Chennai. Create SUB is based on 2.0 fluidic structure powerful engine, ample space and strong body structure.

Hyundai has invested Rs 1,000 crore on the project and over 90 percent of the vehicle’s components will be sourced inIndia. Creta is based on an altered Elantra platform and it was designed based on the feedback the 900 existing and potential SUV customers had provided.

The Creta will be launched on July 21 and it will be available in four variants and three engine options including 1.6 litre petrol and diesel engines and a 1.4 litre petrol engine with both manual and automatic transmission. The Creta will also arrive in a six-speed diesel automatic version.

The SUV is expected to be priced somewhere between Rs 8.3 lakh and Rs 12.5 lakh inIndia. It will be exported to the markets of South Asia, Africa and Middle East as well and 20 percent of the production inIndiais allocated for exports, claimed Seo.

Archana B S - January 14, 2021
0
With the pandemic still growing rapidly, traditional computers like desktops, laptops, and workstations are once again in need of consumer technology. The...