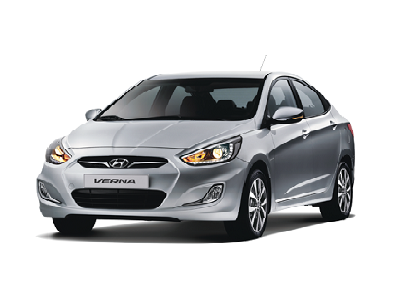 Oct 21, 2014: Hyundai appears to be upgrading Verna sedan that has been rattled largely by the new Honda City and the consumer demand for the newly announced Maruti Ciaz.

According to the sources in the automobile industry, the second largest carmaker in India is in the process of upgrading the fluidic design model of the Verna that was announced in May 2011.

The sources have added that the new and upgraded variant will bring about minor facelifts to the interiors of the vehicle. It is expected to be launched in the market by the first quarter of 2015. Moreover, the vendor has launched the revamped model of Verna sedan in the Russian market and it is dubbed Solaris over there.

Some of the prominent changes in the new model include larger headlights and the inclusion of LEDs in the brake lights. Verna is available in both diesel and petrol variants with 1600 cc and 1400 cc engines respectively. The sources add that though there would be some performance changes to the new models, the engine capacity would remain the unchanged.

Though Verna was considered the best sedan once, it is witnessing a fierce competition currently from Honda City and now the latest Maruti Ciaz. Over the past five months of this financial year, the sale of Verna has dropped by 26 percent. Hyundai sold only 15,462 units of the sedan between April and August of the current fiscal year as compared to 20,759 units in the same period last year. In contrast, the sales of Honda City has trebled in this time period as the vendor shot up to 30,447 units in the time frame between April and August this fiscal as compared to the mere 9,855 units in the last year.

This was possible for Honda as the vendor announced a new model of City this year that was further reinforced by the debut of the much anticipated diesel variant. The launch of the Maruti Ciaz intensified the competition for Verna further as the sedan is cheaper than the Hyundai offering by Rs 50,000 approximately.