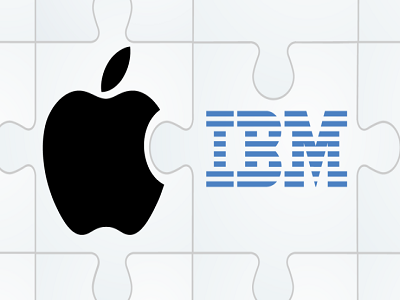 Soon, Apple iPhones and iPads will be made available via IBM on monthly installments as the firm will be selling the products to its enterprises in India along with its own software bundle.

Regarding this, IBM’s Vice President and Partner for Asia Pacific, Will Duckworth stated that under the arrangement with the Cupertino based tech titan, IBM will be reselling all the existing Apple devices, active them and organize and support them for around two to three years. Interestingly, customers can pay for the device they purchase on a monthly basis without any capital cost or down payment.

According to Kiran Kumar, Research Manager, Client Devices, IDC India, this strategy can be of a great help for Apple to regain its lost market share inIndia. The partnership between IBM and Apple will enable the latter to make a strong bid to the enterprise users. He added that the inclusion of software and hardware cost along with the monthly payment options will definitely make the Apple products more attractive to small and medium size businesses. Eventually, Apple can build its market share with the increase in the commercial tablet business in the country as the iPad market share is declining.

To lure price conscious Indian customers, IBM will be reselling the devices including iPhone 4S for less than Rs 20,000. Notably, the model is discontinued in several markets includingEuropeand US.

Analysts believe that Apple devices are the best suited as they are more secure than Android offerings when it comes to enterprise users. As all the Apple devices run on the same version of the platform, the maintenance is pretty less.

Commenting on this move, Vinod Sivarama Krishnan, CIO atWal-MartIndianoted that IBM’s partnership will definitely help Apple as it will improve the quality of the enterprise apps on the platform. Though there will not be a quantum leap over the functionality of enterprise apps, it will definitely trigger an increase in their usage and universal applicability of the apps by expanding them to all iOS based devices.

Notably, there is an uptake in pilot projects of enterprise mobility where tablets are used for sales-force automation, point-of-sale interactions, collecting KYC documents and others. However, many such projects are not successful due to the lack of balance between affordability and manageability of tablets, added the researcher. They hope that Apple and IBM partnership can witness success in this domain.

Consumers ready to witness another war between packaged food brands

Philips to re-enter with new range of mobile phones soon

Lava ropes in MS Dhoni as its brand ambassador

Trending Tips to see off a successful Holiday Marketing Campaign