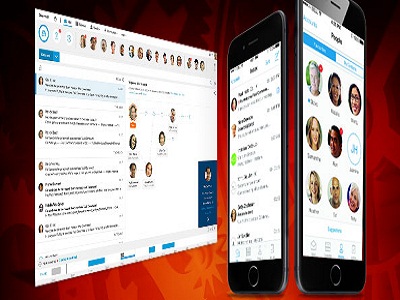 IBM is eyeing to launch a new online email client called Verse soon adding a new spin to the old idea. Verse is all set to go live in the coming week and it is going to be a new leaf in the way emails will be viewed and prioritized. This new email service from IBM will be focusing on who sent them instead of highlighting when they were actually sent.

Also, it is claimed that the Verse will be displaying the images of frequent contacts in order to be more visually appealing letting users know from where the emails have come from.

Regarding the new email service Verse, IBM’s Director of Design, Carolyn Pampino who takes charge of the service claims that this could be the best solutions to a problem that has been long persistent. She added that the email clients have existed since 70s and they have not undergone many changes. Users get a list of emails without indicating which one needs focus.

Some firms are trying to replace the existing email clients with new services such as including Evernote to Asana and Slack. Many are in plans to enhance the email itself and some of them are Baydin, Acompli and even Google. With the new Inbox tool, Google focuses on sorting the emails into several categories such as Promotions, Travel, Social and others. IBM is also aiming to render a similar user experience to change the old organizational models, but with a different approach.

There is a bar at the top of Verse that will include a picture of the most frequent contacts and a red dot will appear on their icon when the user receives a mail from them. Clicking on their face will show the latest messages sent by them. This approach provides a look similar to an instant messaging app as it focuses on who sent the message and not on the date of subject.

Interestingly, Verse also includes a file sharing services similar to Box or Dropbox. Users can upload the files to the service and share links directing to the files rather than sending the attachments. Notes can be added to these files within Verse to avoid to and fro emails. Other aspects of Verse include calendar and task manager.

Passionate In Marketing - September 19, 2020
0
In families, shared toilets have gained themselves a reputation as a source of bacterial infection. As several health experts have reported that...