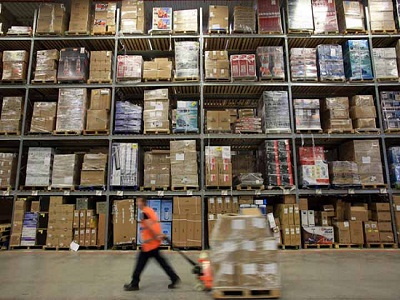 India Post one of the the biggest postal network in the world  is eyeing for a $9 billion business opportunity in the growing e-commerce space. It is boosting its infrastructure to support real time tracking of parcels via satellites with the help of a new technology. The postal department is all set to debut an SMS service that will inform customers regarding the delivery status of their parcels.

India Post has already entered into partnership with the e-commerce portals such as Snapdeal and AamzonIndia. It will also set up security gadgets including CCTV and access control systems in order to ensure the safety of articles.

Ravi Shankar Prasad, Telecom Minister held a meeting with the officials of the Department of Posts and directed them to focus mainly on the opportunities in the e-commerce industry and to fine tune the infrastructure to facilitate growth. He added that this field has a massive potential to bring investments and create new job opportunities.

Regarding this, an official in the ministry revealed that the Minister asked India Post to provide special privileges to the local weavers, painters, craftsmen/women, artists and such skilled people to help them get benefited from the e-commerce industry. The Minister insisted that their products should be picked up right from their doorsteps and delivered to the customers.

The official added that the postal department has started working on the development of a road transport network for parcel movement on mainstream routes using GPS facility.

According to the industry estimates that were shared by India Posts, the e-commerce business in the country was $6 billion in 2012 and it is believed to reach $76 billion by the year 2021.        India Post with 1.55 lakh post offices across the country has witnessed a great rise in its business since it joined hands with the e-commerce portals.

AmazonIndiapartnered with India Post and started booking parcels at one place in the last year and it has been expanded to five locations last month. The official added that Amazon shipped 7,000 parcels in January 2014 and in October the number increased to 85,000. Also, Snapdeal ships 2,000 to 3,000 parcels everyday and Naaptol is providing around Rs 25 crore of business to India Post annually.

Poornima Krishnan - June 11, 2021
0
The Reserve Bank of India on Friday said the jump in the surplus land fund handed over by the central government was...