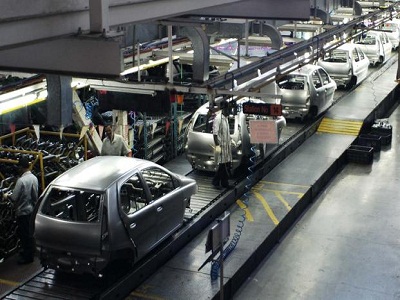 The automotive industry in India is estimated to reach the milestone of 7 million vehicles in the year 2020. The country is all set to become the third largest automobile manufacturer in the world with United Stated andCanadaat the dominant positions, tipped a top official working with Ford Motor.

He elaborated on the same while addressing to the students of Kumaraguru College of Technology during their graduation ceremony. Dubensky claimed that the country is one among the largest manufacturers of automobile in the world. He added that as the country is moving forward to reach the milestone, there will be numerous opportunities for the students to choose the automotive sector as their career option and build up the same to flourish.

Dubensky added that Ford has been working as a team across the world for over 110 years that enabled it to leverage all its resources across the world. Furthermore, the Ford executive claimed that the automobile manufacturer is contributing to a better world by building great products and creating a strong business.

He advised the students at the gathering to be open, willing and flexible to learn even if the lesson put forward to them is quite hard. Also, the executive told them to get people together so that they can work as a team and achieve something bigger than what one person has do.

Notably, several automobile firms are coming forward to manufacture their products that will be released inIndia. While there were a few manufacturing plants inIndiaearlier, the firms are increasing the same as the Indian government came up with the Make In India movement.